Following the Success of last year winning the F4 Championship Sam Whittle opened the season in Oulton Broad with a dominating victory taking qualifying and the no.1 spot in all three races, despite some high winds Sams experience and the Powertech crew delivered a faultless performance. The pressure was then on the last few weeks have seen many late nights preparing the P1 Panther for the opening offshore round in Scarborough. The waves were huge and racing was cancelled for the first day, the second day saw Powertech newest member John Donnelly with Boat owner and team mate Vin Burdock take the top step with a sound and steady performance. Keeping the boat in one piece a victory was attained by picking their moments to let loose the Powertech P1 panther. The last race saw the duo outpace it opposition with ease and the driving experience forced its competitors to push their boats to the point of destruction. Team Powertechs boat left a battered fleet with theirs ready to race another.  Andy Hiscox represented the team in OCR at Torquay with an amazing turn out of 20 Boats showing there is hope for growth in the sport, Andy battled some fierce conditions of his own to deliver a respectable performance, The gauntlet now falls to Sam to deliver in a weeks time in Carr Mill with the next round in the Inshore F4 Championship, follow us on Facebook and Twitter to keep up with the latest photo’s and results #teampowertech 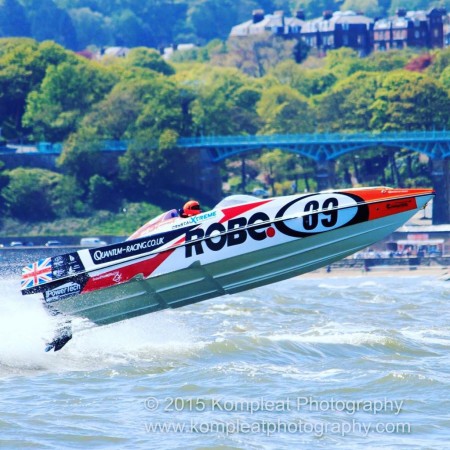 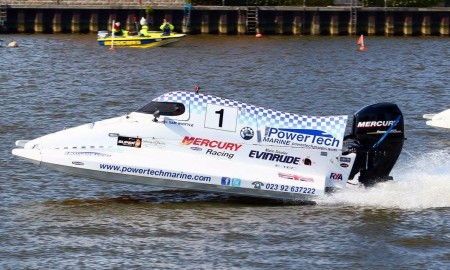 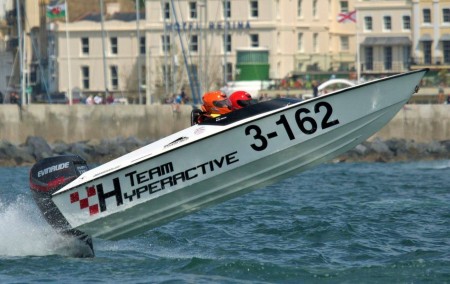 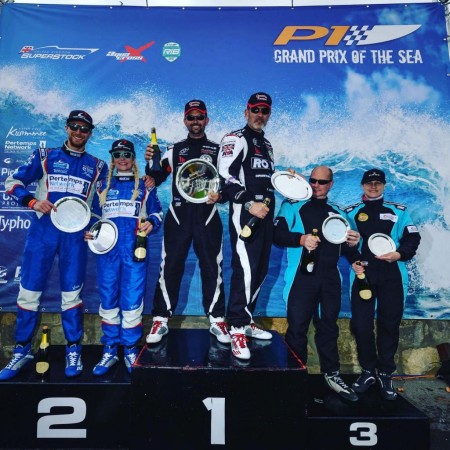 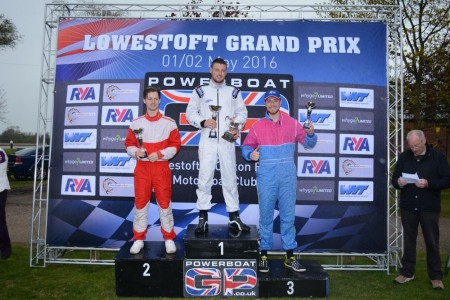